April 23, 2021
Home Health News A healthcare worker explains what it's like to get the Pfizer vaccine – Salon 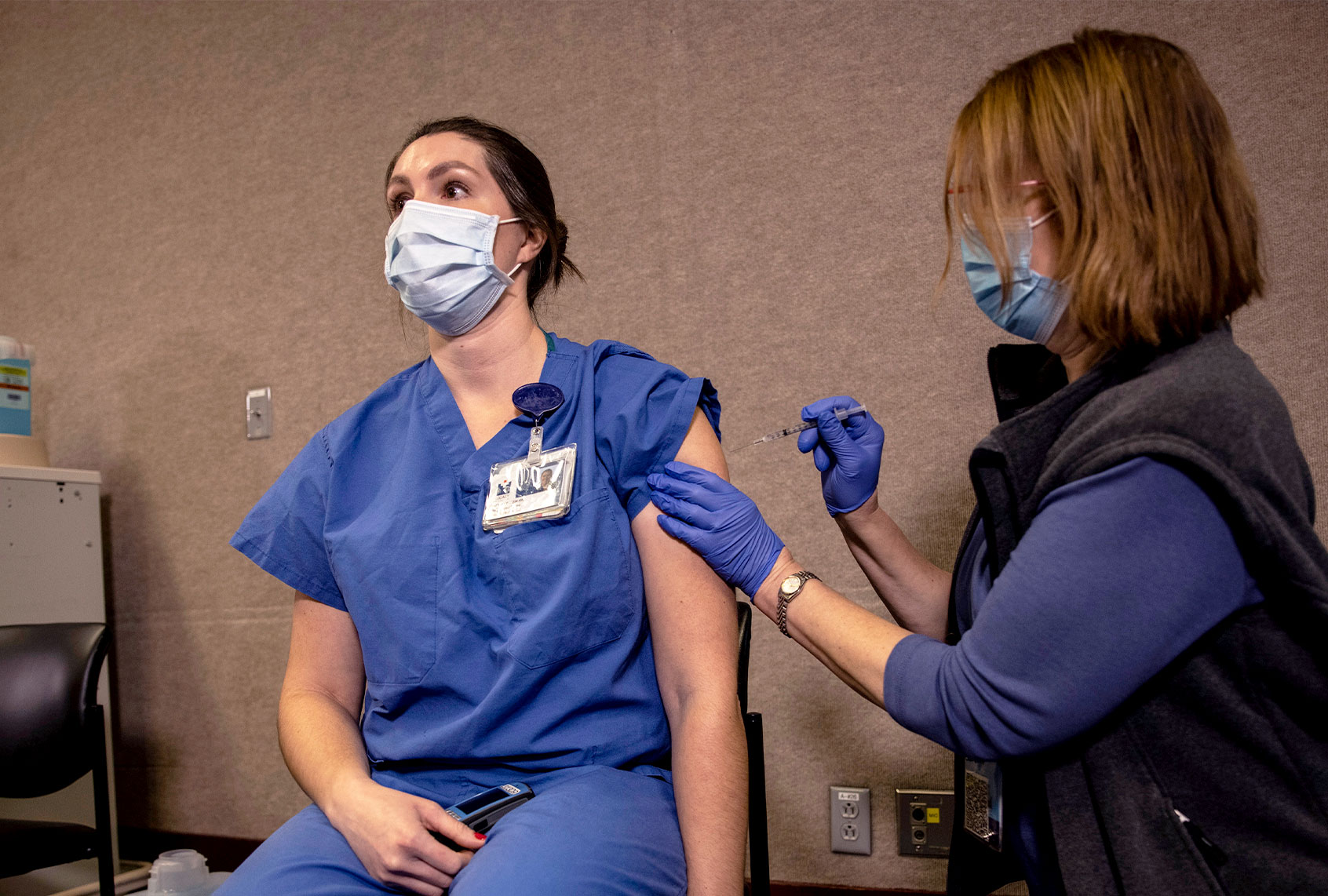 Instead of immediately jumping into a regular day at the University of California-San Francisco’s emergency room, Moffitt Long, she stood in a socially distanced line to get her first dose of the Pfizer/BioNTech vaccine. As Raven eagerly waited for her name to be called to enter the inoculation area, a classroom, she chatted with colleagues about how exciting it was that this day had finally arrived. Twenty minutes later, Raven’s name was called.

“Then, they write down your name on a whiteboard, they have our pharmacy students administering the vaccine, so that was kind of cool,” Raven said. “And they just ask you to roll up your sleeve and they give it to you.”

A separate person immediately wrote the time down on the whiteboard as soon as the student administered the vaccine. For the next 15 minutes, they monitored Raven in case she had an immediate allergic reaction. One healthcare worker in Alaska had an anaphylactic reaction that required an overnight hospital stay this week, similar to what happened with two health workers in Britain last week. A second worker in Alaska experienced eye puffiness and lightheadedness within 10 minutes; fortunately, this reaction was not considered anaphylaxis. Pfizer’s trial did not find any serious adverse events caused by the vaccine.

Raven wasn’t scared during the 15-minute monitoring period. Instead, she felt “excitement” and “relief.”

“Just the idea that we’re going to be immune is a huge game changer,” Raven said. “It’s a huge morale booster.”

Raven received one of the 2.9 million doses that will be delivered to more than 1,000 locations by the end of the weekend.

At UCSF, a randomized lottery alerted frontline workers this week who would be the first to be inoculated. Raven received an invitation to make an appointment herself on Sunday. Frontline workers were only notified this week since the Pfizer vaccine has a shorter shelf life of five days after being transferred from ultracold storage to a refrigerator because of its mRNa (synthetic messenger RNA) content. Raven was surprised to receive the notification. At first, she didn’t know that only 975 workers would receive it during the first round of the roll-out.

The Pfizer vaccine is given in a series of two doses, meaning Raven isn’t fully protected from the coronavirus yet. And since she’s only received the first dose, she left the vaccine site with a pink stick donning a number “1” on it to refer to her status of being a recipient of the first dose.

In three weeks, Raven will receive the second dose.  One week after that, according to the FDA, she will be likely be immune to the coronavirus.

As Salon has previously explained the Pfizer vaccine is a relatively new technology, but a quantum leap for biotech. When a person receives the first shot of the Pfizer/BioNTech vaccine, a bespoke version of mRNA is injected into the body which causes cells to produce proteins to recognize the SARS-CoV-2 Spike. Ultimately, these proteins are training the immune system to fight COVID-19. A second dose is akin to a booster.

According to the studies on Pfizer’s clinical trials, there have been very few side effects after the first dose. About a quarter of people after the second dose feel very subtle symptoms.

“It seems that about a quarter to one-third of people had either a headache, muscle aches or a fever, symptoms that we think of sometimes as mimicking some aspects of a viral illness, and that’s your body mounting its immune response,” Raven said. “It may cause you to need to take a day off from work, but you sort of know what it is and so it’s not much more serious than that and would just be symptomatic treatment.”

Raven felt fine after her first dose and went back to business as usual during her day.

Pfizer expects 25 million doses will be available by the end of the month, just enough to cover the estimated 21 million health care personnel and 3 million long-term care residents across the country. The Moderna vaccine, which is biologically similar to the Pfizer one, is also expected to be approved by the FDA this week. The main difference between the two is that Pfizer vaccine needs to be kept at –70°C; Moderna’s vaccine candidate can be kept at –20°C and can remain stable for up to one month at consumer refrigerator temperatures. Pfizer’s second dose occurs three weeks after the first; Moderna’s is four weeks.

Currently, the Centers for Disease Control and Prevention (CDC) does not have an answer on when people can stop wearing masks and social distancing.

“Experts need to understand more about the protection that COVID-19 vaccines provide before making that decision,” the CDC states. “Other factors, including how many people get vaccinated and how the virus is spreading in communities, will also affect this decision.”

While life won’t immediately go back to how it was before the pandemic after vaccination, Raven said receiving the vaccination today was a symbol of hope.

“I think even if it doesn’t immediately change our practice in terms of our needs with PPE – which is difficult to do over a long shift to have an N95, a face shield and all that, and not have your patients be able to see what you look like, and smile – it’s very symbolic that there’s a light at the end of the tunnel,” Raven said.