The cats had mild respiratory illnesses and are expected to recover. Authorities believe they contracted the virus from people in their households or local neighborhoods.

These results mark the first cases in companion animals in the U.S. The two cats live in different parts of the state.

CORONAVIRUS HAS MUTATED INTO AT LEAST 30 DIFFERENT STRAINS, STUDY FINDS

Seven tigers and lions at the Bronx Zoo have also tested positive, but the known number of animals infected by COVID-19 worldwide is small. 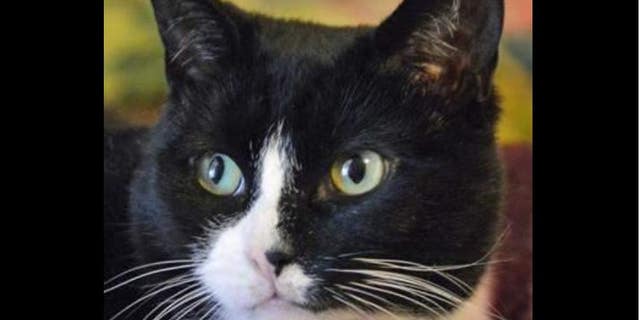 Authorities have said there’s no indication that the animals are transmitting the virus to humans.

“We don’t want people to panic. We don’t want people to be afraid of pets” or to rush to test them en masse, Dr. Casey Barton Behravesh, a Centers for Disease Control and Prevention (CDC) official who works on human-animal health connections, told The Associated Press. “There’s no evidence that pets are playing a role in spreading this disease to people.”

CDC guidance recommends that people prevent their pets from interacting with people or animals outside their homes. However, health officials don’t recommend testing pets unless the animal is known to have been exposed to a person with COVID-19 or has symptoms and other tests have ruled out other potential causes.

CORONAVIRUS LINGERED IN WOMAN’S EYES LONG AFTER IT CLEARED FROM HER NOSE, STUDY SHOWS

There have been a handful of reports outside the U.S. of pet dogs or cats becoming infected after close contact with contagious people, including a Hong Kong dog that tested positive and later died.

A tiger at the Bronx Zoo had what was believed to be the first confirmed coronavirus case in an animal in the U.S. or a tiger anywhere.

The Associated Press contributed to this story.