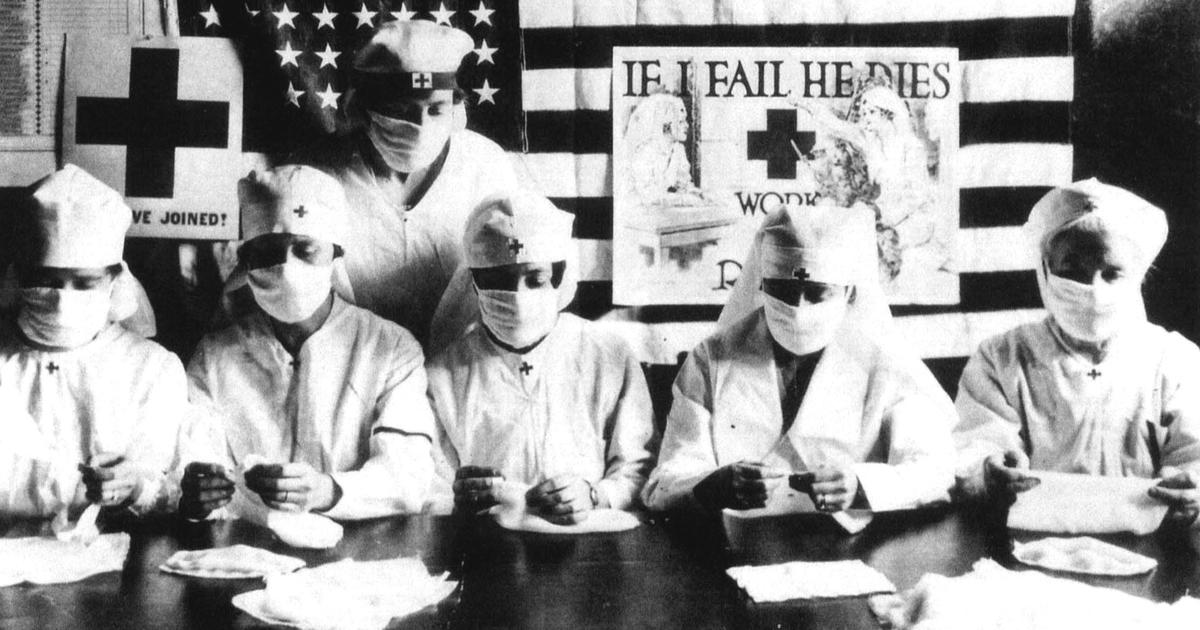 Military pathologists believe that a British outpost in Étaples, France was the epicenter of the outbreak. In the winter of 1916-17, with World War I still raging in Europe, reports of a new disease — one with a rapid onset and high spreadability — circled through the camp. When soldiers returned from the battlefields, they brought that disease with them.

Eventually, hospitals were so overcrowded that overflow facilities, like this one at the Eberts Field military base in Arkansas, were created.