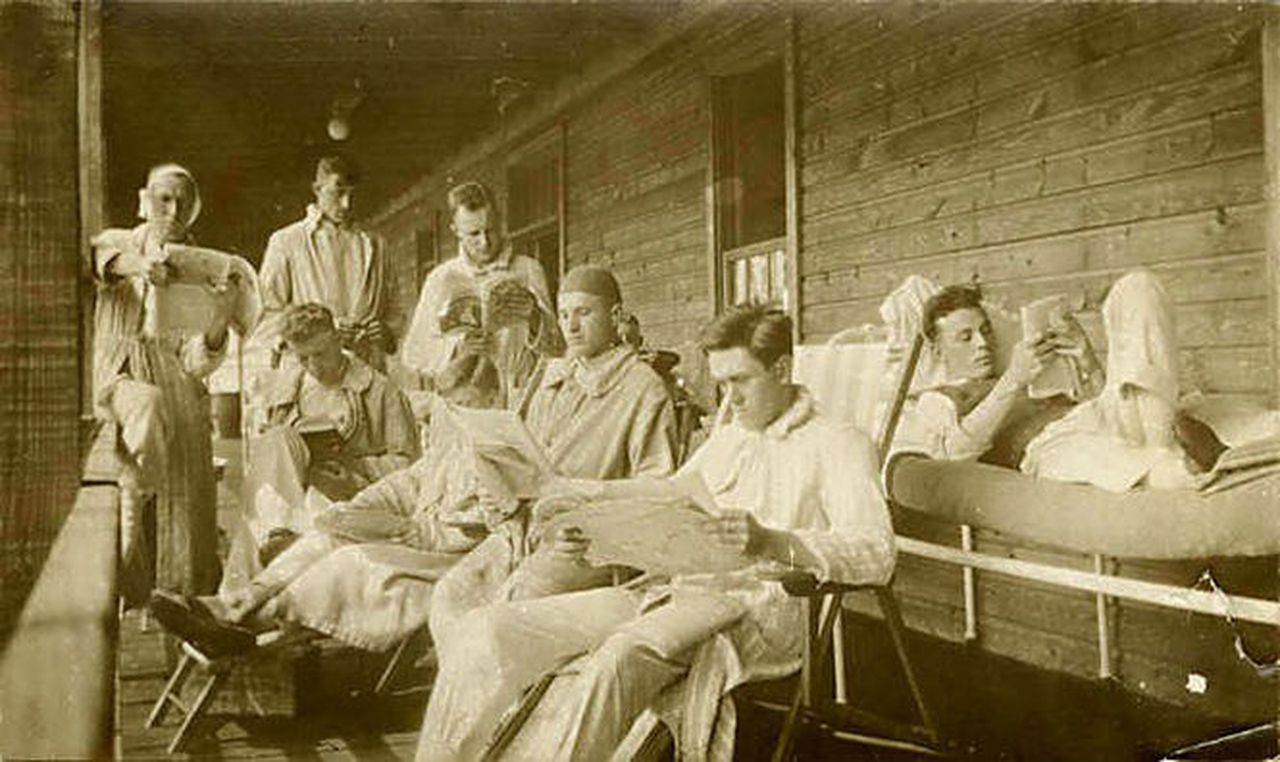 The advice recorded from a survivor of the 1918 flu pandemic is chilling in its relevance more than a century later: “Go to your doctor, get your medicine, go home, be sure you’ve got plenty of food and stay there.”

Annie Laurie Williams of Selma, who was 91 when the recording was made in 2007 and who died in 2014, was one of five survivors whose stories were recorded by the Alabama Department of Archives and History as a way to teach future generations the dangers of a pandemic.

The 1918 influenza pandemic, also known as the Spanish flu, sickened an estimated third of the world’s population, yet it was largely forgotten.

Edna Boone Register of Madrid, Ala., who was 100 at the time of her interview in 2007, said getting the flu at the time was a deadly prospect and the only people who could help were neighbors.

“If you loaded a sick person whom you could no longer help and put them in a wagon and take them to Dothan to a hospital, chances are that patient would be dead when you got there … If it wasn’t, there’d be no room [in the hospital],” she said. “People were buried in the clothes they died in and wrapped in sheets.”

Register told her interviewer, Ann Brantley – the hazard vulnerability analysis nurse coordinator of the Center for Emergency Preparedness at the time – that she would advise teaching future generations about the pandemic and its impact, saying we need “to be aware it could happen again. Children need to learn about what could happen.”

Less than a year after the United States entered World War I, an unprecedented outbreak of influenza swept the world, killing more people than the war. An estimated 16 million people were killed in WWI, but officials estimate 20 to 50 million died from the Spanish Flu Pandemic of 1918. It caused more deaths than any other illness in history, according to the National Archives.

And, according to the Centers for Disease Control, the outbreak is still affecting us: All strains of the Influenza A virus that make us sick today are descended from the flu of the 1918 pandemic.

In Alabama, authorities found it impossible to count the number of dead, as cases erupted too quickly for accurate record-keeping, according a health official speaking at a 2006 State Summit on the 1918 pandemic.

“It is impossible to know for sure exactly how many Alabamans were affected by the flu, since regular reports to the U.S. Public Health Service were never made. But it is known that during the last two weeks of October, more than 37,000 cases of the flu erupted in Alabama. People around the state died by the hundreds,” said Michael Leavitt with the Department of Health and Human Services in his remarks at the Birmingham Summit.

In Alabama, most sources agree the first cases were reported that September in Huntsville, according to the Alabama Department of Public Health. Even after determining the strain of the disease, health officials could not stop it. What made it so insidious is that it infected even healthy, young adults, who developed fluid in the lungs that led to pneumonia – the cause of death listed in many cases.

It struck in both rural communities and urban centers, leading to shortages of medical care and supplies. In many towns, people relied on neighbors to nurse the sick. Soldiers stationed around the world wrote letters home describing flu cases on their bases. Thousands of soldiers who survived the war were killed in the epidemic.

In some states, according to an article at Stanford.edu, people had to abide by strict ordinances meant to stop the spread of the disease.

“Those who were lucky enough to avoid infection had to deal with the public health ordinances to restrain the spread of the disease. The public health departments distributed gauze masks to be worn in public. Stores could not hold sales, funerals were limited to 15 minutes. Some towns required a signed certificate to enter and railroads would not accept passengers without them. Those who ignored the flu ordinances had to pay steep fines enforced by extra officers. Bodies piled up as the massive deaths of the epidemic ensued.”

Gurtis Robinson of Clanton, who was 97 years old when she was interviewed about the 1918 pandemic in 2007, said people no longer consider the risks of working while sick.

“Now people don’t stay at home when they’re sick unless they get where they can’t go,” she said. “They go spread whatever they’ve got.”