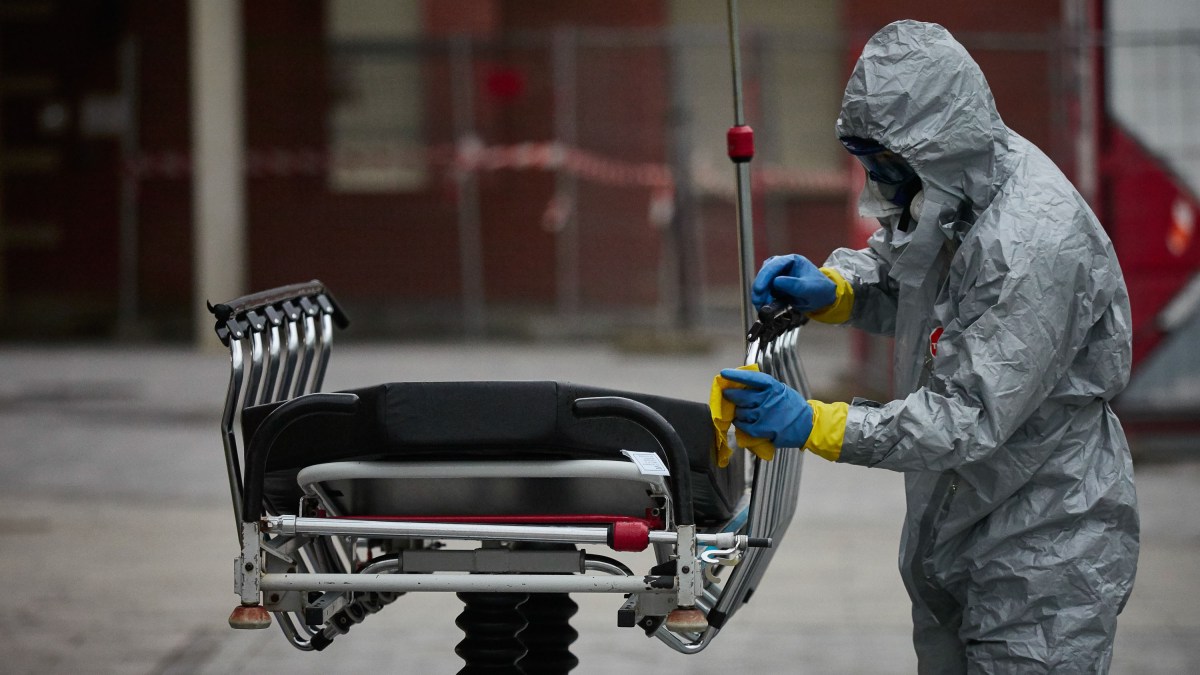 A phone call led police to a gruesome scene at a nursing home in New Jersey that has been ravaged by the coronavirus.

Police say they found 17 bodies piled inside a small morgue at the Andover Subacute and Rehabilitation Center in Sussex County. An anonymous tip said the bodies had been moved there after being stored in a shed, the New York Times first reported.

Rep. Josh Gottheimer later confirmed to NBC New York that prior to the disturbing discovery, he had received a call from one of the nursing home’s administrators, also infected with COVID-19, that more body bags were needed. The congressman said 68 people have died inside the senior facility, 26 of whom had tested positive for the virus and two were staff members.

Local officials say the nursing home claimed the infected residents were being housed on separate floors or wings to stop the spread but the facility has not returned NBC New York’s request for comment.

“Every single day the number keeps going up. I’m hearing from so many local residents and people who have families there, who are scared, for an update. They’re worried about their loved ones, so we’re trying to provide information to work with the facility but it’s been very difficult,” Gottheimer said.

The congressman also said that he’s working with the state health department, FEMA and the governor to see if they can get more support because nursing homes across the state have been hit hard by coronavirus.

Nearly every nursing home in the state has reported at least one case of the coronavirus at their facility, with 90% of New Jersey’s 375 centers with a confirmed case.

The loved ones of those who died of COVID-19 at an Elizabeth nursing home will rally to demand answers from the staff and state on Thursday. The gathering comes as staggering number of deaths have been reported at nearly all New Jersey nursing facilities. NBC New York’s Katherine Creag reports.

In Elizabeth, New Jersey, three long-term care facilities on Tuesday reported a combined total of 65 deaths, according to the city health official. One of the homes there appeared to have a problem with under-reporting (or a lack of reporting) the number of cases coming from there, potentially making the situation worse.

Family members of those at who died at Elizabeth Nursing and Rehabilitation Center are expected to rally Thursday and demand answers from the staff and state.

The federal government is also under pressure to track the deaths at these care facilities due to the staggering death rates.

Many individual states have added to the lack of transparency by releasing only totals of infections and deaths and not details about specific outbreaks. Foremost among them is the nation’s leader, New York, which accounts for more than 2,477 nursing home deaths — about 20% of the state’s entire death total — but has so far refused to detail specific outbreaks, citing privacy concerns.

As of Wednesday night, there were over 3,000 deaths in New Jersey from COVID-19, up more than 300 from the previous day.

[ad_1] In southwest Florida, the Lee County Department of Health encouraged anyone 65 and …