April 23, 2021
Home Health News 12 people died in a California nursing home Covid-19 outbreak. Other facilities across the US are reporting infections – CNN 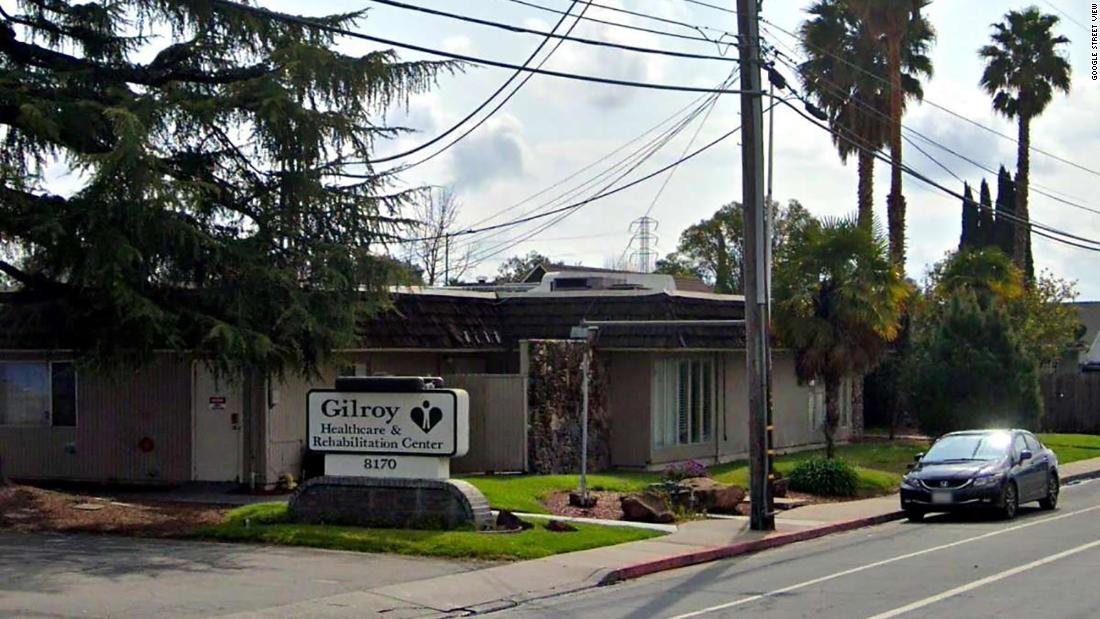 The Gilroy Healthcare and Rehabilitation Center said in a news release Thursday 75 residents and 54 employees have tested positive for the virus throughout the course of the Covid-19 pandemic. Sixty-three residents and 53 employees have since recovered, it said.
It’s unclear from the news release when the infections and deaths occurred.
“To add an additional level of protection we are committed to facility wide testing on all residents and staff in collaboration with local public health departments,” the center said in a statement.
“We understand the importance of knowing the status of our residents, employees, and essential health care providers. In this new world of COVID-19, rest assured we are aggressively treating and responding to potential community exposures by conducting routine testing of all our residents and staff until such time as a vaccine becomes available or the Centers for Disease Control and Prevention (CDC) instructs otherwise.”
Since the start of the pandemic, Covid-19 has taken a devastating toll on nursing home residents, with facilities across the country becoming hotspots for the virus and reporting dozens of deaths and infections.

Some public health officials in recent days have sounded the alarm over infections in more facilities.
In Washington state, Whatcom County health officials announced an outbreak among residents and staff in the Highland Health and Rehabilitation nursing facility that began in mid-September. At least 37 residents have tested positive, 10 of whom have died, health officials said in an October 9 news release. Seventeen staff members have also been infected, health officials said.
In Minnesota, the state’s National Guard was called in to assist with two Covid-19 nursing home outbreaks, CNN affiliate KQDS reported. In a statement posted on Facebook last week, the Guardian Angels Health and Rehabilitation Center said the national guard would provide “staffing relief.”
In a separate statement, the Sacred Heart Care Center — the second facility receiving aid — said it was prohibiting visitors, with some exceptions, and conducting weekly Covid-19 testing for all staff, among other efforts.
Virginia health officials said this week four people have died and more than 80 have tested positive for Covid-19 in a retirement community in Chesterfield County, according to CNN affiliate WTVR.
“VDH has provided infection control recommendations, conducted a site visit, and followed up with the facility regularly since learning about it,” Brookie Crawford, with the state health department, told the news station. “The facility is also continuing to do additional testing.”
And in Connecticut, health officials were monitoring outbreaks in a nursing home and an assisted living facility, CNN affiliate WTIC reported. In the nursing facility, at least 22 residents have tested positive, the affiliate reported.